A dart that kills almost anything. Does not work in PvP. 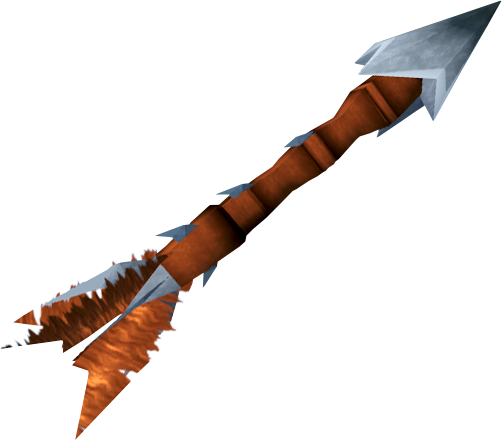 Deathtouched dart is an item that will kill almost any monster in the game with one hit. It was originally rewarded to players that had picked the Instakill Dart option from the fate cards, received for having membership throughout August and September 2012 as part of Sizzling Summer. A maximum of four darts could be obtained from the fate cards. During the September 2014, 2015 and 2017 Balthazar's Big Raffle event, a set of 3 deathtouched darts could be won by entering the raffles on Thursdays and Fridays, respectively. Deathtouched darts returned again in 2016 as a possible reward from the Summer Sweepstake.

If a dart is used to kill a boss, the kill will not count towards a Reaper task, nor towards the unlock requirement for "the Reaper" title. Additionally, it can not be used to get a quick time on the boss.

A player using a Deathtouched dart.

Does not work on

Tips for effective use

Retrieved from "https://runescape.fandom.com/wiki/Deathtouched_dart?oldid=20255822"
Community content is available under CC-BY-SA unless otherwise noted.