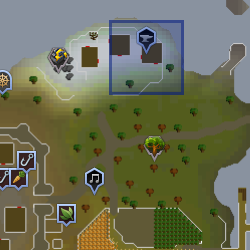 Derrik is a blacksmith on the island of Miscellania. He lives in the smithy in the north of the island, also the location of the only anvil on the two island kingdoms of Miscellania and Etceteria. Other than possessing the only smith in the region, Derrik is involved briefly with the Throne of Miscellania quest, in which he makes a giant nib out of an iron bar for King Vargas' giant pen.

Retrieved from "https://runescape.fandom.com/wiki/Derrik?oldid=24563151"
Community content is available under CC-BY-SA unless otherwise noted.