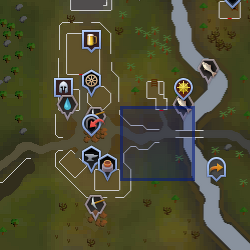 In a large house to the west of Varrock west bank.

A dwarf on top of the world. 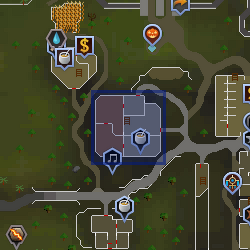 Dororan is a dwarven poet in love with Gudrun, the daughter of Gunnarsgrunn's Chieftain Gunthor. However, he does not believe that he stands a chance, as his strengths lie in words which have left him poor while the barbarians value strength, wealth and height.[1] Despite his love of writing, he does not consider himself to be very good at it, having accidentally given bad advice to Jeffery[2] and often has difficulty writing poems he considers to be worthwhile.[3][4] He also lacks confidence to present his own work, preferring to let other actors do it for him.[5]

During his attempt to woo Gudrun, he enlists the help of a passing adventurer to help him by obtaining and delivering an engraved ring to Gudrun. When he learns of her father's attitude, he attempts to come up with a poem to convince Gunthor to change his views. However, he struggles and relies on the adventurer to help him write the poem then convince Gudrun to read it. Upon hearing the poem, Gunthor laughs, declaring the village a settlement and making Dororan the village's poet.[6] They move into the Leptoc manor together, south of the Grand Exchange in Varrock.[7] He also offers the adventurer up to 11 pairs of swanky boots, requiring a ruby ring for any further pairs. He also gives away copies of Gunnar's Ground, his poem that convinced Gunthor to change his mind.

Afterwards, Dororan will request the player's aid in engraving a ruby bracelet, dragonstone necklace and onyx amulet, requiring levels 42, 72 and 90 Crafting respectively. This awards a total of 32,000 Crafting experience. He will provide all the necessary jewellery.

Suomi
Community content is available under CC-BY-SA unless otherwise noted.
... more about "Dororan"
RDF feed
Is members only
No +
Store location
Gate of Gunnarsgrunn +  and In a large house to the west of Varrock west bank. +
Advertisement