A magnificent coat of mail, adorned with clusters of dragonstone.
Loading... 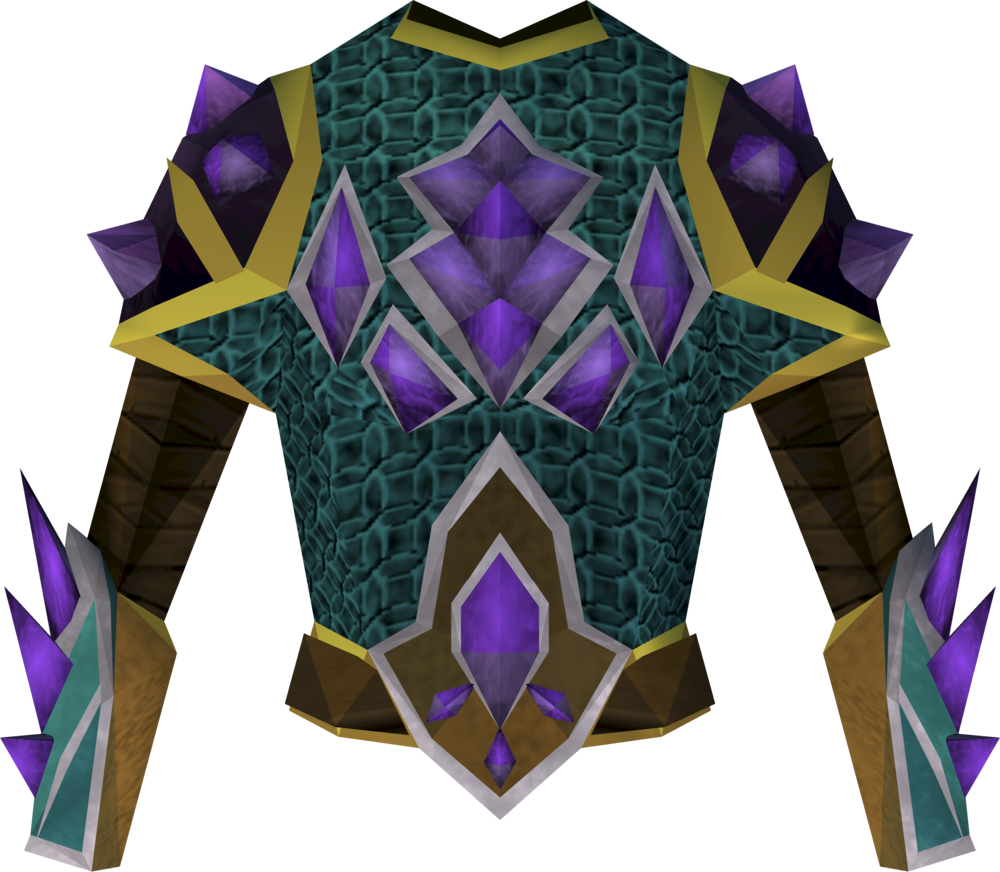 Dragonstone hauberk is a piece of hybrid armour found inside a crystal chest or within the the crystal triskelion treasure,It is one of the many common items from the triskelion chest. A level of 50 Defence is required to wear the hauberk. The stats are similar to an Elite void knight top, except that the type is classified as Hybrid rather than All, and there is no prayer bonus on the hauberk.

Retrieved from "https://runescape.fandom.com/wiki/Dragonstone_hauberk?oldid=8372215"
Community content is available under CC-BY-SA unless otherwise noted.