A powered-up prototype dwarven tool that aids with Mining.

A prototype dwarven tool that aids with Mining. 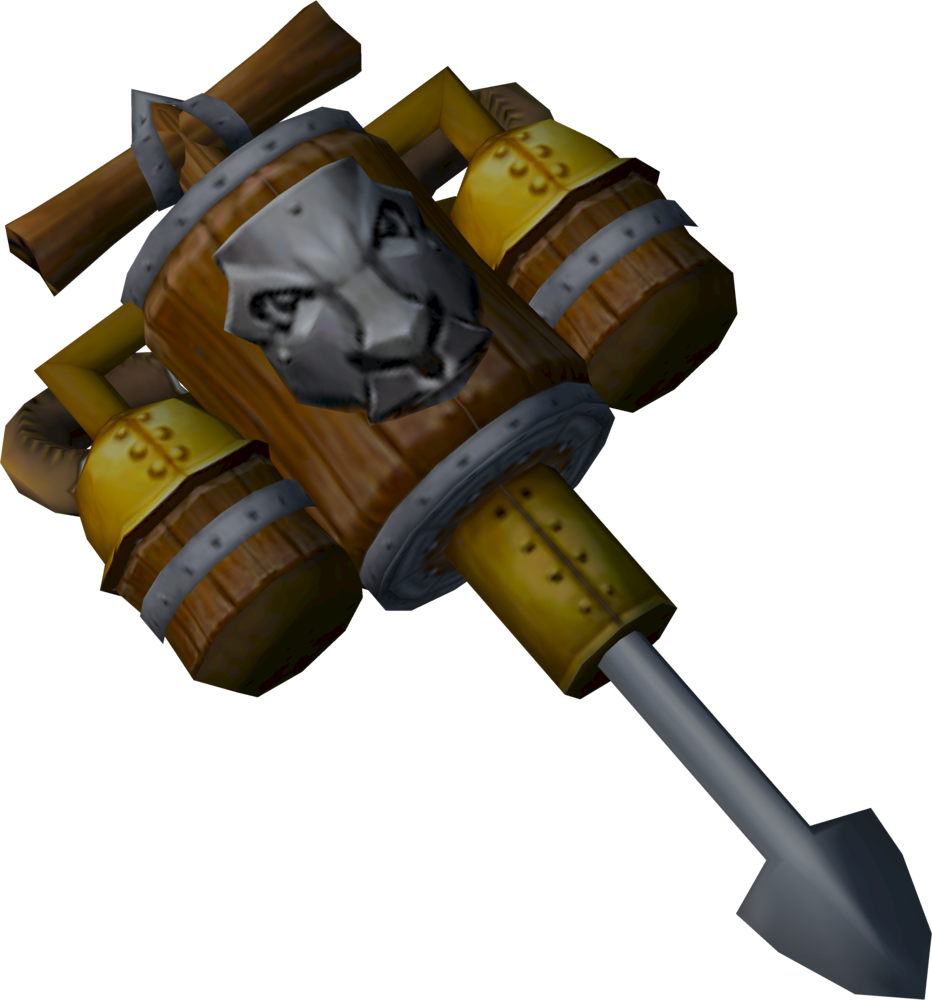 A player mining with a dwarven ramhammer

If the item is used with an augmented dragon pickaxe or augmented crystal pickaxe, the dwarven tool will take priority, and the other item will be ignored in terms of charge drain, perk, and item experience gain.

Its effect does not work on red sandstone, Shooting Stars, the Clan Citadel mining plot, or idol crablets, but it does work on divine rock locations. However, only gaining double ores stacks with the bonus from Guthixian Caches.

New mining urns can be started in either mode of operation, however they will not fill while in resource mode. While using the ramhammer in XP mode, the active urn will fill at twice its normal rate. If the inventory is currently full, the ramhammer can still be used, but only in double XP mode. If world hopping for rune ore, then this tool is a very valuable addition for maximising one's time and effort.

During certain bonus XP events (such as Double XP Weekends and the 2016-17 New Year 10% bonus XP event) the dwarven ramhammer cannot be used. Even if the item is in the player's inventory, it will not activate in either double experience or double resource mode, and charges will not be used.

Retrieved from "https://runescape.fandom.com/wiki/Dwarven_ramhammer?oldid=19608824"
Community content is available under CC-BY-SA unless otherwise noted.