This article is about the elite rune dragon. For the normal version, see rune dragon.
ArmouredUnarmoured
? (edit) 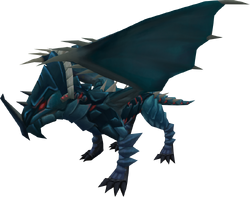 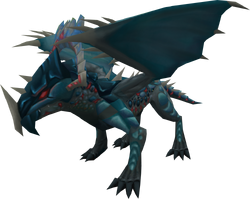 Elite rune dragons are a stronger version of rune dragons, which are found on Mount Firewake, in Kethsi. The completion of the quests Ritual of the Mahjarrat and Fate of the Gods is required in order to access these creatures, and the dragons are accessible through the World Gate. They won the first RuneLabs poll, and were first announced in the June 2015 BTS.[1]

Elite rune dragons share the same mechanics as their normal variants, but boast higher combat stats. Care should be taken in longer encounters during its enrage phase, as they can reach the point of easily killing a player in one hit.

The Kethsi outfit scrolls are only dropped by elite rune dragons. Slayer tasks have no effect on elite rune dragons' drops; thus it is possible to obtain the boot upgrades or Kethsi scroll whilst off-task.[2] It is a guaranteed drop from "Barry the Destroyer", a unique elite rune dragon that has a 1/512 chance of spawning in place of an elite rune dragon.[3] However players will not get a scroll if they already have one in their bank or inventory. 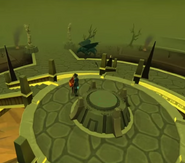