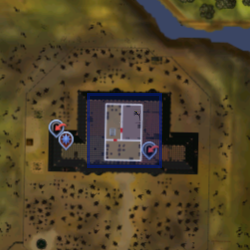 Ernest apparently has a habit of misfortune, which often causes him to delay his wedding. One time, he got trapped in a floor in Daemonheim because he forgot the key was in his pocket. When interrogated during his court case as to why he went to the manor instead of Draynor Village, he stated that he wanted to discover its secrets and that he could easily postpone the wedding if something untoward happened to him.

Retrieved from "https://runescape.fandom.com/wiki/Ernest?oldid=20968888"
Community content is available under CC-BY-SA unless otherwise noted.