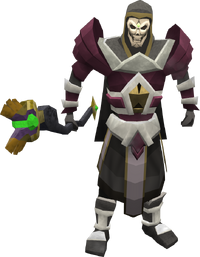 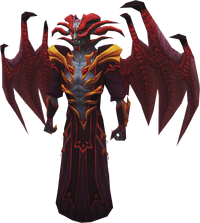 False Users are summoned by the Echo of Jas during the fight with her in One of a Kind. They take the forms of Lucien, Saradomin and Zamorak, and after a few seconds, use a special attack. Lucien will shoot an unavoidable, powerful attack that deals roughly 2000 damage, Saradomin will heal the Echo of Jas, and Zamorak will drop rocks on your current location, which deals moderate damage over time. To prevent these attacks, they must be killed, and due to having only one life point, they can be defeated with little difficulty.

Retrieved from "https://runescape.fandom.com/wiki/False_User_(One_of_a_Kind)?oldid=20144732"
Community content is available under CC-BY-SA unless otherwise noted.