For the interesting clothing items you just can't find elsewhere. 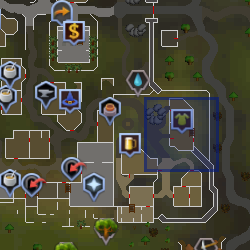 The Fancy-dress shop owner, named Asyff Bymajique, runs the Fancy Clothes Store in Varrock. If you have Hunter furs or hides, he will make them into Hunter clothing for you for a small fee. He is also involved in the Eagles' Peak quest.

Retrieved from "https://runescape.fandom.com/wiki/Fancy-dress_shop_owner?oldid=24563175"
Community content is available under CC-BY-SA unless otherwise noted.