There's a sadness in his eyes.
A farmer who's seen happier times. 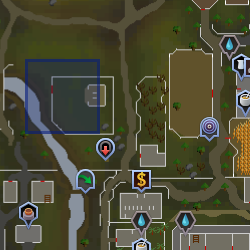 Farmer Brumty is a sheep keeper in East Ardougne who is involved in the Sheep Herder quest. He can be found outside the enclosure north-west of the Ardougne lodestone, which requires the player to be wearing both a plague jacket and plague trousers to enter.

He is the owner of the sick-looking sheep and will aid players in their attempt to combat the plague during the events of Sheep Herder. Like the other normal citizens in East Ardougne, he is oblivious to the plague hoax that King Lathas has created until the end of Plague's End, whereby he expresses disappointment on the loss of his sheep from the hoax and will be glad should the player choose to kill King Lathas.

Retrieved from "https://runescape.fandom.com/wiki/Farmer_Brumty?oldid=24562478"
Community content is available under CC-BY-SA unless otherwise noted.