What is she looking at? 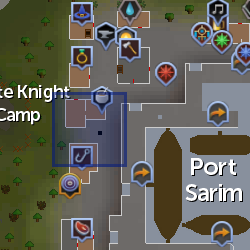 Felkrash is a woman found next to The Face in Port Sarim, north of Gerrant's Fishy Business. She is involved in the Ratcatchers quest and will turn players' overgrown cats into wily cats after the quest is complete. During the quest, she is revealed to be none other than the famous pied piper.

She will also rename a player's cat after the completion of Ratcatchers quest (for up to 6 characters long).

Retrieved from "https://runescape.fandom.com/wiki/Felkrash?oldid=24563162"
Community content is available under CC-BY-SA unless otherwise noted.