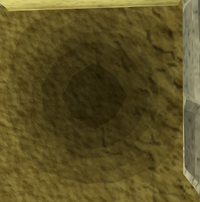 Fiyr Shades lurk behind the silver door in the Mort'ton shade catacombs dungeon. They initially appear as very dark moving shadows on the ground and then rise from the depths to attack or retaliate. They are combat level 98 and their primary weakness is magic. Like all shades, they have a special attack that deals moderate damage and has a chance of draining one's Strength level. On occasion they have also been known to leave their catacombs to attack trekkers and ramblers in the town above their dark burial place. Their remains can be cremated with magic pyre logs, requiring a Firemaking level of 80. The Salve amulet and Salve amulet (e) work well on this shade.

With the update of the Shades of Mort'ton minigame, their remains boasted a street price of 10k each, although the current G.E. price is: 2,971 coins. This was due to the addition of the necromancer kit, used to upgrade Dagon'hai robes, and shade skulls, a cosmetic attachment to elemental staves, which are obtained by unlocking Shade Chests with Gold Keys from their cremated remains.

Other fiyr shades (called Shade ingame) can be found in Temple Trekking, attempting to break into the houses of the three unafflicted people in Mort'ton.

Retrieved from "https://runescape.fandom.com/wiki/Fiyr_Shade?oldid=24925240"
Community content is available under CC-BY-SA unless otherwise noted.