King of the Dwarves

He oversees the Lava Flow Mine. 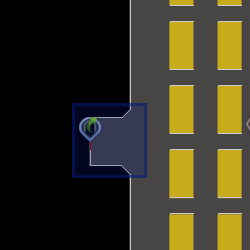 Foreman Jaak is a dwarf who plays a part in the quest King of the Dwarves. He is found in the Lava Flow Mine, of which he is the foreman in charge of six lava-flow miners. In the quest the player must help the foreman by freeing trapped miners and bringing them to him.

Inside the Lava Flow Mine, Jaak will explain the basics of the training area, and he can also remove the gilding from any gilded pickaxe. Players can also ask him which lava flow segment has a flow blockage.

Retrieved from "https://runescape.fandom.com/wiki/Foreman_Jaak?oldid=24564189"
Community content is available under CC-BY-SA unless otherwise noted.