I know this sounds a bit odd to place on yew grove, but I don't want too just have 2 users in agreement, and instead interested in a general consensus for parasol equip pictures (and any future variants).

Right now, the game has parasols (umbrellas) that have a pattern on the back. The first thought may be: why not just show the back? Well, it looks like this: 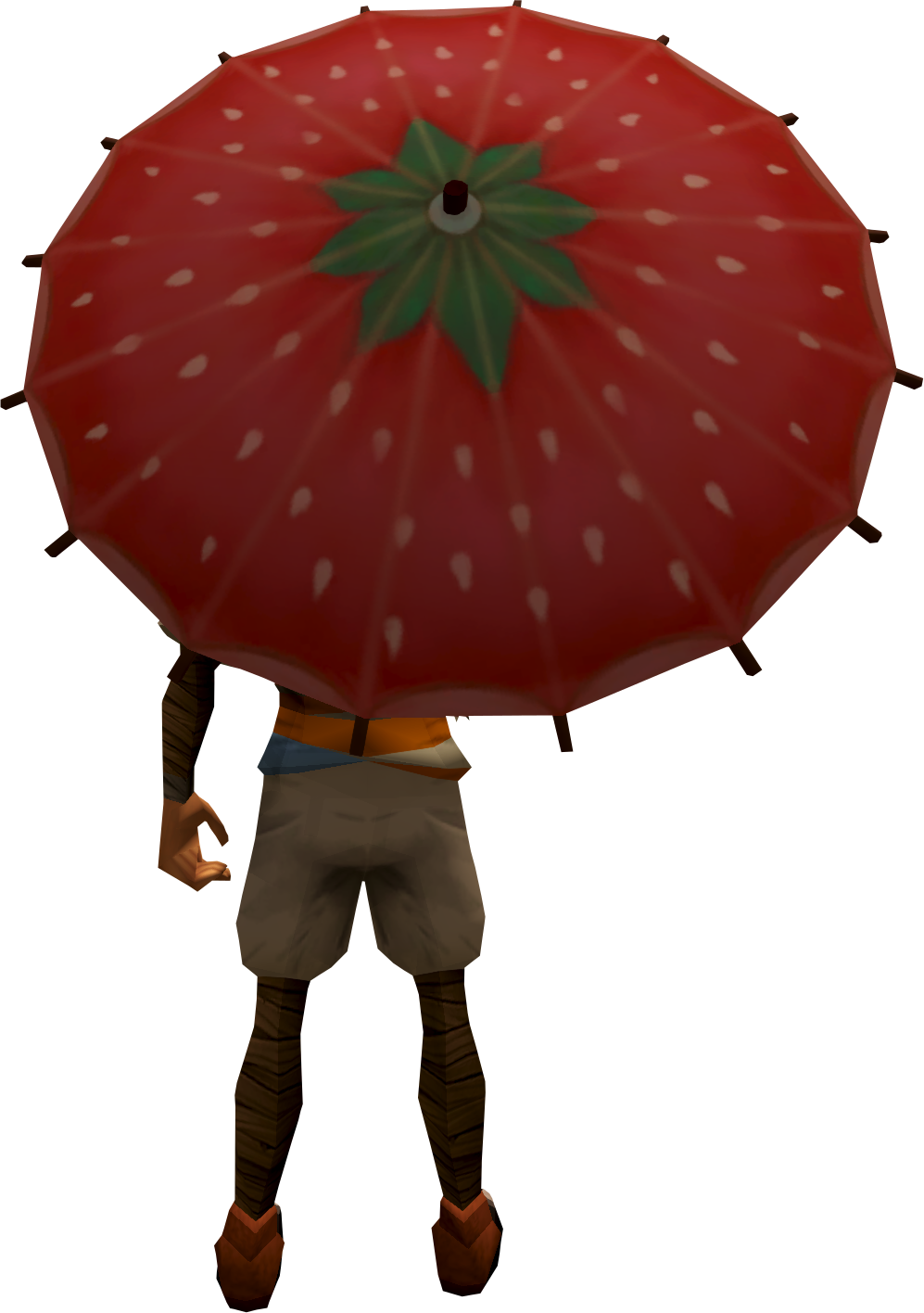 Which looks rather...odd in my opinion. The front view looks like this instead: 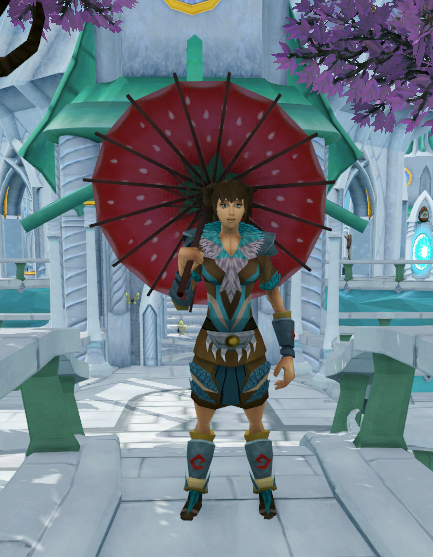 But the problem is that the pattern is blocked by the black lines. One can argue for pictures of both, but please note that the parasols are won solely from Treasure Hunter this weekend, so unless you're willing to burn cash in the future to retake, this may not be a cost effective solution. Even worse with the black parasol, which needs all of the others to obtain.

tl;dr - Should the parasol/umbrellas equip pic be:

Back - as the person who wrangled the flood of images (front, back, idle animation gifs... oh so many moves) and selected the ones that got kept, I made my stance clear in the selection.

Back - Would look better especially as we can see the pattern more clearly than with a frontal view.

Back - The pattern is the same on both sides on all of them (as far as I've seen) but is better shown with a back view. As you said, the time to obtain these is limited so I think this is a situation where we should apply common sense and just go ahead and take them this way.

Undecided - For low resolution screenshots the back view looks fine, but for higher ones I think Front or even Side views look better. — Heaven Sent (talk) 03:53, August 13, 2016 (UTC)

Retrieved from "https://runescape.fandom.com/wiki/Forum:Parasols_-_Front_or_back_view%3F?oldid=22406907"
Community content is available under CC-BY-SA unless otherwise noted.