Something seems to have taken the wind out of his sails. 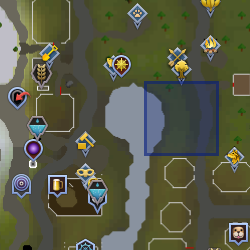 Fred Binder was a character that could be found in between the purple wine stall and the Green vegetable stall in the Taverley Marketplace. He appeared to be a merchant of some kind and gave away free rope, which could be used for the Out of Water task in the Burthorpe and Taverley Tasks or Troll Warzone tutorial. He refused to give away rope if the player already had one or more in the inventory, although the Drop trick could easily circumvent this.

Fred was removed from the game on 22 April 2014 with the release of A Shadow over Ashdale.

Retrieved from "https://runescape.fandom.com/wiki/Fred_Binder?oldid=24564687"
Community content is available under CC-BY-SA unless otherwise noted.