Start a Wiki
OS
This article is about the NPC in Jatizso. For the NPC in Rellekka, see Freygerd (Rellekka).

One of Jatizso's many citizens. 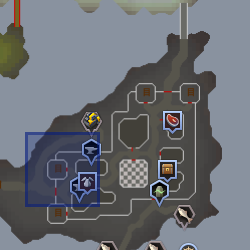 Freygerd is the widow of Nial Swiftfling and sister of Mawnis Burowgar. According to Mawnis, she moved to Jatizso to be with Nial; however, he would never return from his fateful trip after mutating into a yeti. Like many of the island's inhabitants, Freygerd is trying to save enough money to leave Jatizso and start a new life on the mainland. The high taxes on Jatizso, however, have made this nearly impossible.

During the quest Glorious Memories, the player convinces King Gjuki Sorvott IV to alleviate the emigration tax preventing her from leaving the island. She is sad about her husband's death and does not want to talk about him, but she is relieved when the player gives her Nial's throwing axe, knowing that he has been put to rest.

When she is trapped at the end of the house while a player is pickpocketing her, she will sometimes walk right through the fire in her house.

Nial's Widow
The music that plays when talking to Freygerd.
Retrieved from "https://runescape.fandom.com/wiki/Freygerd?oldid=24563546"
Community content is available under CC-BY-SA unless otherwise noted.