Start a Wiki
OS
This article is about gardeners in Falador park. For the crop watching farmers, see G.A.G..
Loading...
StandardPirate's Treasure 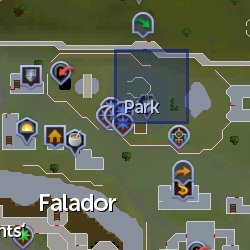 A gardener will attack you during the Pirate's Treasure quest, when you dig for the chest in the plants, but you can avoid this by running away and returning some time later. During Pirate's Treasure, the gardener that attacks you will talk about moles digging up the garden.

Retrieved from "https://runescape.fandom.com/wiki/Gardener?oldid=24600760"
Community content is available under CC-BY-SA unless otherwise noted.