He must find gardening difficult since the accident. 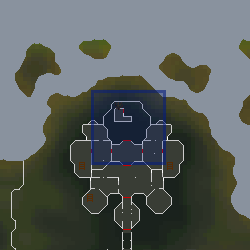 The Gardener Ghost (real name Ed Lestwit) is a headless undead creature (presumed formerly human) who is found at the back of Fenkenstrain Castle. He permanently carries a spade.

In Creature of Fenkenstrain, he will direct players into the Haunted Woods for the parts of Lord Rologarth.

Ed's account of his own death was murder by decapitation whilst digging a pit in the Haunted Woods. Dr Fenkenstrain had ordered him to dig the pit, though he "never said what for".

The implication is that Dr Fenkenstrain was the one who killed him, having killed everyone else already. The pit that Ed was digging was his own grave, as Dr Fenkenstrain murdered him in it.

Retrieved from "https://runescape.fandom.com/wiki/Gardener_Ghost?oldid=24562984"
Community content is available under CC-BY-SA unless otherwise noted.