View source
watch 02:56
Raise a Floppa - The Loop
Do you like this video?
Play Sound
OS
For the variant encountered in Daemonheim, see Green dragon (Dungeoneering).
For the stronger variant found in the Ancient Cavern, see Brutal green dragon.
Defined properties:

Green dragons are the weakest of the four adult chromatic dragons and the weakest adult dragon that can breathe fire in RuneScape, with a combat level of 63. They mainly attack with magic and a long-ranged dragonbreath attack. If the player is in melee distance, they can also use melee. As with all adult dragons, wielding an anti-dragon shield or dragonfire shield, using Protect from Magic, or being under the effects of a super antifire potion are a must, otherwise they can breathe fire which can deal extremely high damage (1000+). They are also the only one of the four chromatic dragons that don't have an attackable baby form; baby green dragons are only available as level 99 Summoning pets. They can be found in various locations throughout the Wilderness as well as the Chaos Tunnels. The minimum money made upon one kill is 3,834.

Killing Green dragons for their bones and hides is an old and renowned method of money making. A combined inventory of dragon bones and green dragonhides is worth approximately 54,000gp. The bones and dragonhides are commonly utilised by players training Prayer and Crafting respectively, creating the demand for these two items.

If assigned for a slayer task, brutal green dragons may take their place. This requires the completion of the Barbarian Firemaking training.

There is no guarantee that there will be no PKers, and it is up to players to take caution. 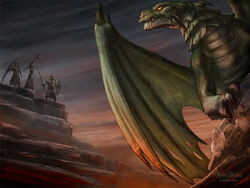 Return of the Wilderness. 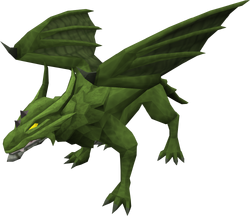 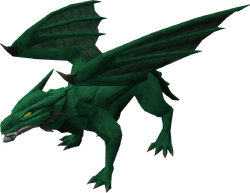 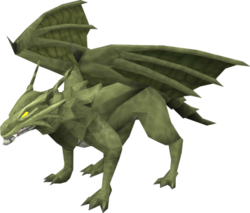 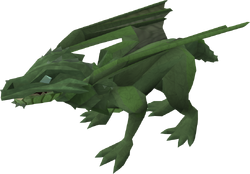