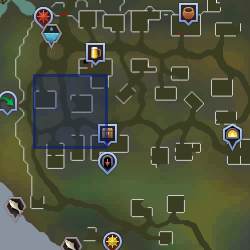 Grigore is a resident of Burgh de Rott, a small town in southern Morytania.

He disappears after The Branches of Darkmeyer the day after Razvan goes missing. A missing person poster for him can be found on the eastern wall of the building north of the Burgh De Rott bank, which reads "Missing: Grigore - last seen eating a rat."

After the player completed River of Blood, Grigore and the other missing civilians will return to Burgh De Rott. The missing posters will also be taken down.

Retrieved from "https://runescape.fandom.com/wiki/Grigore?oldid=24563596"
Community content is available under CC-BY-SA unless otherwise noted.