She looks rather concerned. 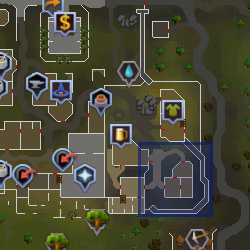 Guidor's wife is the wife of Elena's former teacher, Guidor. When word of a plague carrier spread, she became convinced that her husband was ill and confined him to his house and spread the word that he was dying. Being a woman of religion, she would only allow a priest into his room to cure him.

Retrieved from "https://runescape.fandom.com/wiki/Guidor%27s_wife?oldid=24563089"
Community content is available under CC-BY-SA unless otherwise noted.