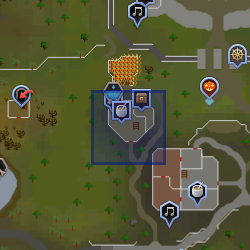 Lloyd the Head chef is a non-player character who heads the Cooks' Guild between Varrock and Gunnarsgrunn[1]. He has a sous-chef named Adam Roy Norgs.

As the master of Cooking, he sells the Cooking cape for 99,000 coins.

When asked about why he does not cook when he is considered the master of cooking, he replies in Postbag from the Hedge 33.

Retrieved from "https://runescape.fandom.com/wiki/Head_chef?oldid=24562287"
Community content is available under CC-BY-SA unless otherwise noted.