RSCOS
For information on training, see Herblore training.
For this skill as used in Dungeoneering, see Dungeoneering/Herblore.
[view] • [talk]

Herblore appears to have been established by Sarah in Past A, as revealed after finishing the Meeting History quest and then talking to her.

Although Herblore can be trained relatively quickly, it is one of the most expensive skills in the game for players who buy all or most of the needed ingredients. For players who gather the ingredients (most are available from monster drops or farming and some spawn in various locations), it is much less expensive but quite time consuming.

A player mixes a potion using the Herblore skill.

Grimy herbs are herbs that have not yet been cleaned. They can be cleaned by clicking on the herb, which provides a small amount of Herblore experience. Only cleaned herbs can be used to make potions. Herbs are almost always obtained in their grimy state (from farming, monster remains etc.). Although grimy herbs give experience from cleaning, they usually cost less than their cleaned counterparts since players training Herblore usually do not want to spend time cleaning the herbs.

The potion-making process in Herblore takes two steps, each combining separate items. The first step involves adding a primary ingredient (usually a herb) to a vial of water (or a vial of coconut milk for some high-level potions), to produce an unfinished potion. This grants a 1 Herblore experience per unfinished potion. If you are trying to save money while doing herblore it is recommended to receive free vials of water from a portable well.

The second step involves adding a secondary ingredient (see below) to make a complete potion that may be drunk or sold (with the exception of a few potions made as part of a quest). This is the main method of gaining Herblore experience. Both steps can be done in batches, which is when the player's inventory contains several of the required items, one may "make all" or "make x".

The choice of herb and secondary ingredient dictate which potion is made. Each potion has a minimum Herblore level required before it can be made, unless the assist system is used.

A guide and calculator for a cost efficient Herblore process can be found at Calculator:Herblore/Efficient Profit.

Bob Barter at the Grand Exchange and Rhobert Dail in the Tower of Voices in Prifddinas will decant potions for free. Decanting results in potions of the same kind being consolidated into 4-dose potions as much as possible (though Bob and Rhobert will also decant into 1, 2 and 3 dose potions, charging 2 coins for each extra vial supplied). For example, six 3-dose strength potions can be decanted into four 4-dose and one 2-dose potion. Noted potions may also be decanted; noted and unnoted potions in your inventory will be treated independently. This is a quick and easy way to free up vials for reuse, by consolidating into 4 dose potions.

Zahur in Nardah will clean grimy herbs for 200 coins per herb. This ability is typically only used by players who grew the herbs and cannot clean them, as the ability to make potions with the cleaned herb requires the herblore level to clean the herb.

Zahur will also decant 4-dose potions into 3-dose potions, for a fee of 11 coins per vial supplied. If you supply all vials required the service is free. Inventory space for the resulting potions is required, or Zahur will refuse to decant them. Zahur will now also decant noted potions with noted vials as well.

In the Herblore Habitat minigame, there are ten potions that can be made using herbs grown there, and secondary ingredients found by hunting Jadinkos. All of these potions must be made in special juju vials bought from Papa Mambo, and some of them can be stored with tool leprechauns. These potions have special effects.

In Flash Powder Factory, requiring 50 Herblore and other certain skills, players make Flash Powder from two reagents in 15 minute games. The game is not focused on Herblore, so the bulk of experience doesn't go to a player's Herblore skill. However, one of the rewards available is the Factory outfit which provides bonuses to Herblore training.

Almost every potion in the game is affected by this scroll. However there are some exceptions. Guthix rest tea, Guam tar, Marrentill tar, Tarromin tar, Harralander tar, and Barbarian mix potions are not affected by the scroll.

The Herbicide is a Dungeoneering reward. When in the inventory, it will grind the herb and give the player bonus xp. It will not grind any herbs that the player cannot clean, and will not work on noted herbs.

Players can purchase the Enhanced Potion Making animation from Solomon's General Store that plays whenever a player mixes a potion for 176 RuneCoins.

Like all skills, there is a skilling pet obtainable from training this skill. The pet for the Herblore skill is called Herbert. 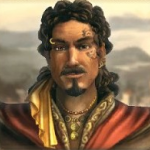 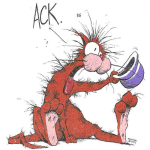