Obviously punches above his weight. 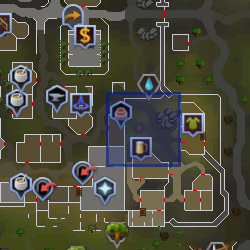 Jack Tylner (Also known as Hooknosed Jack) is one of the five Non-player character cat owners you have to visit in Rat Catchers. He is located just outside of Varrock's Dancing Donkey Inn along with his cat Pox. If you are not currently on "Rat Catchers", he will simply say "What?", then, "Actually, I don't have time for this," when spoken to.

Hooknosed Jack was not always hooknosed. His face was updated to match his name on 13 January 2009.[1]

When talked to during Ratcatchers, your character stares at his nose, and then says it doesn't matter when Jack notices.

Retrieved from "https://runescape.fandom.com/wiki/Hooknosed_Jack?oldid=24928173"
Community content is available under CC-BY-SA unless otherwise noted.