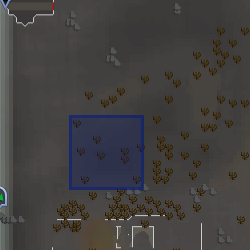 Ian is a cape merchant who sells team capes. He sells team-capes that end in 2s. He has a variety of team capes (the "X" symbol). He also acts as a bank, but only on members' worlds. He can be found walking around the northern border of The Forgotten Cemetery in the Wilderness. Like all team capes, his are for sale for 50 coins.

Retrieved from "https://runescape.fandom.com/wiki/Ian_(cape_merchant)?oldid=24921620"
Community content is available under CC-BY-SA unless otherwise noted.
... more about "Ian (cape merchant)"
RDF feed
Is members only
No +
Store location
The Forgotten Cemetery +