North-east of the Sorcerer's Tower

The Master of Fire! 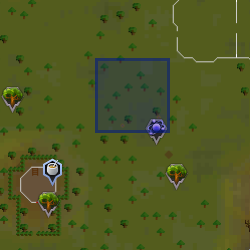 Ignatius Vulcan is a non-player character who wanders around in the forest north-east of the Sorcerer's Tower making fires. He claims that he neglected his combat skills, as well as Mining, and questing, in order to become the master of Firemaking. He has such skill in Firemaking that whenever he lights a fire, no ashes remain.

In Issue 36 of the Postbag from the Hedge (released November 2008), he reveals he is friends with Blaze Sharpeye, a pyromaniac:

Retrieved from "https://runescape.fandom.com/wiki/Ignatius_Vulcan?oldid=24562167"
Community content is available under CC-BY-SA unless otherwise noted.