Start a Wiki
For other uses, see God book (disambiguation).

God books and illuminated god books have a passive effect that activates in combat, with the effect dependent on the book. This effect needs to be charged and is done by using the corresponding torn page on an illuminated god book - each page adds 45 minutes charge and can be activated and deactivated like scrimshaw. The effects are identical to the non-illuminated version of the book. However, if the player loses the book, it will lose all its remaining charges, requiring the player to add additional pages in order to activate the passive effect. A newly created illuminated god book will have no charges, regardless of the status of the book used to create it. 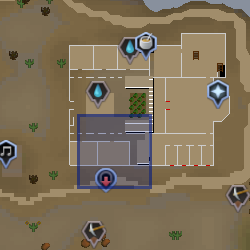 Each of the four steps in copying the book requires 200–250 Prayer points, with each successive step requiring fewer Prayer points. Therefore, having 80 Prayer makes the process of creating illuminated god books faster and easier.

These steps must be done in order, otherwise you will have to start over.

If player runs out of Prayer points required to finish a step, there is an altar in the oratory at the east end of the abbey to recharge Prayer. This allows the player to make multiple books without having to leave the abbey. It is possible to do the last step without having 200 Prayer points remaining. Overall, if a Prayer renewal potion is used, you can keep creating "sections" of the book each time your Prayer points reach 210.

Since 21 August 2017 completing illuminated god books unlock cosmetic overrides for them. Each completed god book unlocks the respective recolour option, and once all have been unlocked, ten further recolours become available along with the optional use of prismatic dyes.

A player wielding an Illuminated Book of Balance

A player wielding an Illuminated Book of Chaos

A player wielding an Illuminated Book of Law

A player wielding an Illuminated Book of War

Retrieved from "https://runescape.fandom.com/wiki/Illuminated_god_book?oldid=24308427"
Community content is available under CC-BY-SA unless otherwise noted.