RSCOS
For information on the modern version of Imp Catcher since the 27 March 2017 rework, see Imp Catcher.
[view] • [talk]

Method 2: Purchasing them from the Grand ExchangeEdit

Alternatively a player can buy all four beads in the Grand Exchange for 4,077. 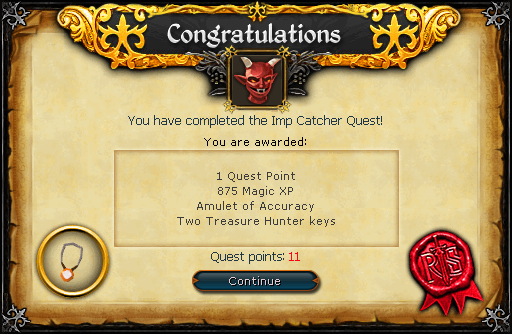