Start a Wiki
Not to be confused with Iban.
For other uses, see Ivan (disambiguation).

It's a village kid. 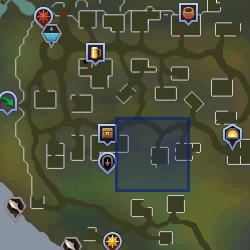 Ivan is a child resident of the run-down town of Burgh de Rott, which continues to defy the vampyric overlords of the oppressed region of Morytania. Ivan is one of the several children in the town, and, while he does not feature directly with any quests, he can be spoken to and asked about the town of Burgh de Rott or other useful information during and after the In Aid of the Myreque quest, which allows access to Burgh de Rott.

He disappears after The Branches of Darkmeyer the day after Grigore goes missing, causing Amelia to note that Rory's pal Ivan has vanished. A missing person poster for him can be found on the eastern wall of the Burgh de Rott bank, which reads "Missing: Ivan - lost playing hide and seek."

Retrieved from "https://runescape.fandom.com/wiki/Ivan?oldid=24563594"
Community content is available under CC-BY-SA unless otherwise noted.