An impressive, statuesque druidess. She must be of high status. 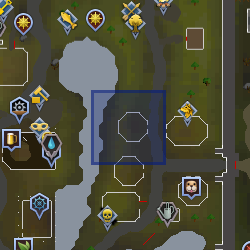 Ivy Sophista is a druid and member of the organisation known as Crux Eqal, a group of Guthixians focused with dealing with threats to the world like the Mahjarrat, in particular Lucien. She can be found in her house in Taverley, found opposite Pikkupstix's house.

She has a small role in While Guthix Sleeps, being the druid that Radimus Erkle instructs the player to meet with near the beginning of the quest. After being told the correct passphrase, she directs the player to Thaerisk Cemphier, who is found upstairs.