This article is about the normal guards. For the mutated ones, see Mutated jadinko guard.

Protector of the Queen and her subjects. 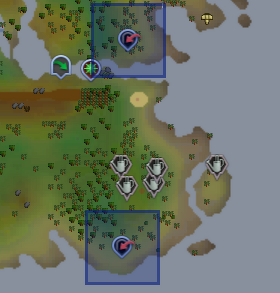 Jadinko guards are fully grown male jadinkos. They are revealed by Dotmatrix as males and as too weak genetically to fertilise eggs laid by the Jadinko Queen, but instead guard the queen and her babies. On occasion, a mutated jadinko baby hatches from the Queen's eggs, and the jadinko guard will attack it, hitting a 1270 and killing it in one hit.