Rather more tired than most. 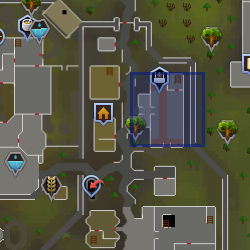 Jeremy Clerksin is a man attending Father Lawrence's service in the Varrock branch of the Church of Saradomin. He is asleep in one of the pews, put to sleep by Lawrence's lacklustre preachings, along with Martina Scorsby. He is also mentioned in the Varrock Census of the Fifth Age, year 160, ten years prior to RuneScape's current events, listed as a "cart expert".

Retrieved from "https://runescape.fandom.com/wiki/Jeremy_Clerksin?oldid=17802581"
Community content is available under CC-BY-SA unless otherwise noted.