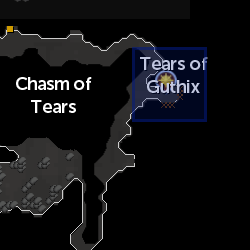 Juna is a large snake and a legendary Guardian of Guthix. She is very ancient and is known to have been on RuneScape in its Second Age, thus making her well over six thousand years old.[1][2] At the end of the Third Age, as one of Guthix' most loyal followers, she was tasked by him to protect the Tears of Guthix cave, which she has done for millennia. Her separation from Guthix led her to idolise him out of desire to be with her god again. She plays a role in the Tears of Guthix quest, and in the Dorgeshuun quest series, also appearing in The World Wakes.

Players can talk to her to start the Tears of Guthix Distraction and Diversion. She will let them into the cave she guards once every seven days, as long as they have gained 100,000 total experience points or 1 quest point in that week.

Juna's egg was saved by Guthix, leaving her as the last of her species.[3] The god made her one of his Guardians. During the Third Age there was a great war among the gods. When Guthix awoke, he put a stop to the violence, then returned to sleep again. However, as he descended to the depths, he took pause to rest. Thinking of the destruction that had been brought on the world he found, loved, and shaped, Guthix wept and, as a result of Its deep grief, the very rocks wept with him. Realising that his essence had become a part of the rocks, Guthix assigned Juna to guard the spot and judge who was worthy to enter.[4]

At some point Ocellus, an insane Guardian of Guthix, tried to get samples of the tears for further research. Juna disagreed with his idea and, no longer agreeing with his plan, she no longer allowed him to obtain the tears. Despite her protests, Ocellus stole some from her.[5]

At some point, Juna met the Dorgeshuun when a few still surface-like cave goblins found her cave and instinctively attacked, prompting Juna to protect the tears and sweep them into the chasm. She would not meet any more goblins until Zanik first visited her.[6] As time passed, Juna became bored and will ask any adventurers who visit to entertain her with stories of the world above.

During the events of The World Wakes, June takes part in the defence of Guthix's resting place. She was present during Sliske's assassination of Guthix.

After the quest The Chosen Commander, Juna can be spoken to and she will scold the player for helping Zanik defy the gods, but is not an enemy of them. Juna further explains that Guthix may believe that the player will benefit the gods in the future, so has decided not to punish the player.

When asked "I thought you and Zanik were friends?" she will say that they're friends no more and that she'll "never deal with the blasphemer again." Ironically, by claiming that the player has betrayed all the gods by defeating Bandos, she is essentially betraying Guthix. If Bandos had been allowed to remain, it only seems logical that he would raise an army of goblins and such creatures, and repeat what happened on Yu'biusk upon Gielinor, destroying nature in the process.

However, after The World Wakes quest, when speaking to Juna, she confesses that due to her constant and unconditional servitude to Guthix, her thoughts and feelings became twisted, being only focused on fulfilling the task her master gave her. She loved Guthix not only because she thought him to be the most benevolent god, but because he had chosen her as his servant.

When Juna saw that Bandos had picked Zanik as his chosen commander, and that she refused, she thought that Zanik's actions were a great offence.

In her isolation, Juna had separated from the way of Guthix, giving herself a different idea of balance and idolising him, hoping that she could see him once more and he would praise her. After Guthix's death, Juna realised that by defying the god of war, Zanik had followed the true path of Guthix.

Truly regretful, Juna hopes that someday Zanik will forgive her.

Juna has shown some controversial feelings about the returning of Zaros. When speaking to Juna about The Temple at Senntisten quest, she will tell you that there is finally a "shift towards balance" in reconnecting the portal to communicate with Zaros. This would imply that she has no problem with his return. However, when speaking to her about The Firemaker's Curse quest, Juna says that she cannot look kindly upon the return of Zaros. This has caused much questioning about Juna's opinions towards Zaros.

In a Postbag from the Hedge (Postbag 46), a player asks Juna why she seems to have these conflicting feelings. As a reply, Juna told a story about herself before and why she was made the Guardian of Guthix. At the end of the reply, she tells the player that her answer is hidden within her story, only to been found if the player has the heart to understand it. Her answer, despite some belief, is not literally "hidden" in the story, needing to be decrypted, but the story itself is simply a reference to her beliefs. Juna believes that, while it is balance to have a connection with your god to still know they are spiritually with you (like she had with Guthix through his tears), that it is unbalanced to want your god to physically be with you. 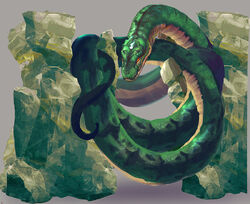 Concept art of the updated Juna 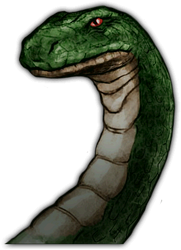 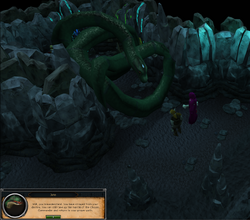 Juna about Zanik as the chosen commander

An ancient mural of Juna