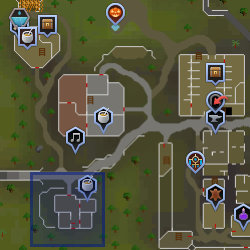 Kanel Fairweather is one of the youngest of Gertrude's four children, who can be found along with Philop playing with a toy dragon in Gertrude's house just outside the western gate of Varrock.

Kanel has no feature or use in-game, but can be spoken to. The resulting conversation consists of Kanel playing and speaking incoherently in baby-talk, and the player trying to understand him.

Community content is available under CC-BY-SA unless otherwise noted.
... more about "Kanel"
RDF feed
Is members only
No +
Store location
Varrock +