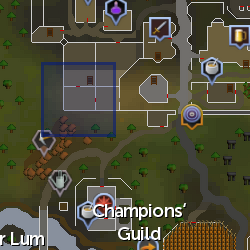 Dimension of Disaster: Shield of Arrav

She asks players wanting to join her gang to give her two Phoenix Gang crossbows as a test of skill and loyalty to her. Katrine will also refuse entry and would spit at any player who is a member of the Phoenix Gang that tries to talk to her.

Once you have joined her gang you must team up with another member not in the Black Arm Gang in order to infiltrate the Phoenix Gang so that you both may complete the quest.

She also features in the Dimension of Disaster version of Shield of Arrav.

Retrieved from "https://runescape.fandom.com/wiki/Katrine?oldid=27183985"
Community content is available under CC-BY-SA unless otherwise noted.
... more about "Katrine"
RDF feed
Is members only
No +
Store location
South-western Varrock +