RuneScape Wiki
Register
Don't have an account?
Sign In
Advertisement
in: Bestiary, Aggressive monsters, Monsters with no combat level,
and 8 more
English 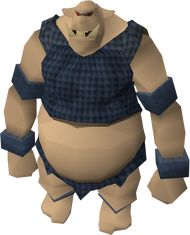 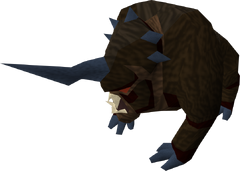 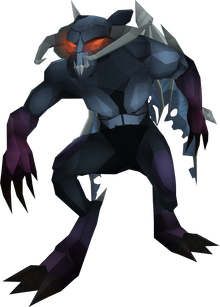 For completing the elite Wilderness Tasks, he awards the player Wilderness sword 4 and two antique lamps.

When a player fights him, during the Mage Arena miniquest, he first starts out as a man, then an ogre, a troll, a dark beast, and finally a black demon, (which is the only form to have a combat level) at level 84. Each form is stronger than the previous. To prevent large hits, it is recommended to have level 37 Prayer to use Protect from Magic. Players should bring the required runes and the best usable staff for their highest-level and most powerful spell, as well as at least 15 or 20 cooked sharks. Food is not always needed, as there are multiple safespots to attack him from, and he has very poor accuracy. He attacks players with the three god spells.

After Kolodion is defeated, players may enter the sparkling pool, where players can then worship one of the three god statues, dedicated to Guthix, Saradomin and Zamorak. They will then receive a god cape, based on their choice. They can then claim that god's staff by speaking to the Chamber guardian for free, and additional staves (of any god) for 80,000 coins each.

Kolodion is also thought to be a follower of one of the Mage Arena god choices, Zamorak. Though he keeps this worship of Zamorak secretive, it is briefly mentioned in a Postbag from the Hedge letter.