View source
watch 02:53
GTA: The Criminal Enterprises - The Loop
Do you like this video?
Play Sound
OS
This article is about Kelyn. For her predecessor, see Lady Ithell (Fourth Age).
Loading...
LadyCivilian 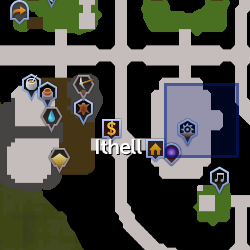 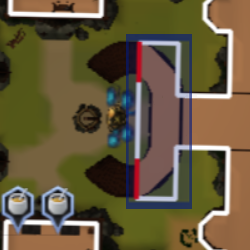 Kelyn was initially an ordinary Ithell elf interested in Construction and a resident of Lletya. When spoken to, she talked about the crystal spires of Prifddinas, about which she was daydreaming when she was talked to by the player. She states that she had never been to the city, although some of her friends had, and she had only heard about the city from the elders.

During the attempt to reunite all 8 elders of Prifddinas, an adventurer discovered that the original Lady Ithell was the architect of Lletya. They also discovered that she left some symbols on the walls of the buildings around the town. When the adventurer combined the symbols together they discover that they form the plans for a statue.

After Kelyn saw the Ithell statue that the adventurer built using the plans, she gained some of the knowledge and memories of the previous Lady Ithell, and became her successor. She then travelled to the entrance of the Grand Library and with the help of the adventurer and the other clan leaders and Iestin Edern, defeated the Dark Lord and activated the Seal of Seren, restoring Prifddinas.

The following takes place during The Light Within.

When the time came to reforge Seren, who was then still in shattered form, the adventurer was asked to find the major shards of Seren to be put back together. Each of four shards was jointly kept in the care of two related clans; one of these, the Seren shard of prudence was in the care of Ithell and Trahaearn Clans. Lady Ithell may be spoken to, together with Lady Trahaearn, to inform the player where to find the shard.

Lady Ithell can convert a player's dragon pickaxe, gilded dragon pick or Imcando pickaxe into a crystal pickaxe, if they own one of these items and 4,000 harmonic dust. She can also create a crystal hatchet if a player owns a dragon hatchet and 4,000 harmonic dust. The items may be converted even if they are currently in a player's tool belt or bank. Lady Ithell will also revert crystal hatchets and pickaxes to their dragon forms, but players will not regain the harmonic dust used to upgrade their items. Neither will they regain the gold coating (gilded dragon pickaxe) or the pieces for the Imcando pickaxe; both will revert to a regular dragon pickaxe.

Main article: Sing for the Lady

If players give her a fully charged crystal staff, crystal wand, crystal orb, and crystal ward (requiring a total of 1875 harmonic dust or 800,000 coins if made by Eluned or Islwyn), she will give them a magic XP lamp worth 50,000 Magic experience. Not all pieces need to be given at the same time, and thus you can hand her the four items using only one crystal weapon seed and one crystal armour seed. She will exchange each piece of equipment given to her for the corresponding crystal seed. Any harmonic dust used to make the weapons will be lost. Receiving the lamp is a requirement for both the completionist cape and the master quest cape.