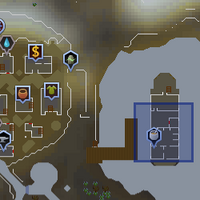 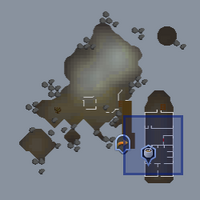 The Lady Zay is a galleon in possession of the pirates of Pirates' Cove and owned by Captain Bentley. To reach it, players must speak to Lokar Searunner on the docks of Rellekka, who will row them to the docked Lady Zay. From there, players can reach Lunar Isle. There is also a Suqah imprisoned in the brig, but no one knows why it is there.

The Lady Zay was originally one of the many ships built at the Shipyard in eastern Karamja. Unknowingly, the workmen at the yard were building a fleet of over 500 massive ships which would be used by Glough, an anti-human gnome extremist, to destroy the human race. Whether or not he was working with Arposandra at the time is unknown.

Few of the ships were ever completed, and only one is ever known to have left the shipyard; the Lady Zay, which was captured by Captain Bentley and his crew. Since then, they have used the ship to prey off merchant vessels and small settlements in the area of the Lunar Sea. Despite their piratical ways, they are not an overly-violent group, and have been known to visit Rellekka. Indeed, it has been described as "The finest vessel ever to grace Rellekka's docks."

The Lady Zay is by far the largest ship currently in the game, spanning three floors and measuring the length of the cove. Despite being designed by gnomes, a race even shorter than dwarves, the ship can comfortably hold a large crew of pirates. The only problem with the ship, however, was the size of the doors, which were built only several feet high to accommodate gnomes. These had to be redesigned shortly after the ship's capture.

Inside the ship are many rooms, including the captain's room, two lookout areas, multiple cabins, a kitchen, a storeroom, an artillery deck, and a small prison containing a Suqah. The ship is armed with nearly a dozen large cannons, which fire powerful steel cannonballs.

Barrels in the ship can be used to obtain a few cooking apples, rotten apples, and swamp tar.

The crew of the Lady Zay is somewhat small considering the scope of the ship, but they manage to operate the ship with great efficiency and lethal precision. None of the crew members can be attacked. Some of the crew who share the same chat dialogue have Gnomish mothers.

Retrieved from "https://runescape.fandom.com/wiki/Lady_Zay?oldid=24922880"
Community content is available under CC-BY-SA unless otherwise noted.