He delivers the goods. 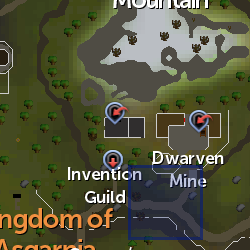 Lakki is a delivery dwarf currently wandering near his broken cart south of Ice Mountain. He is the starting point for the Perils of Ice Mountain quest.

Retrieved from "https://runescape.fandom.com/wiki/Lakki_the_delivery_dwarf?oldid=24922732"
Community content is available under CC-BY-SA unless otherwise noted.