She looks a bit dirty from digging. 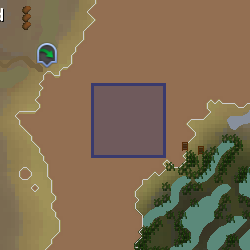 Lead archaeologist Abigail is a woman encountered during the Dealing with Scabaras quest. After the quest, players can give her the completed Scabaras research book in exchange for 10,000 coins. It is revealed during the quest that she is searching the south-eastern Kharidian Desert for the remains of an ancient city known as Ullek.

Abigail and her assistant archaeologist, Kerner, are currently in the service of the Varrock Museum. The Museum of Varrock, having recently received a large donation from the Varrock government, has begun expanding its network of archaeologists and historians in an effort to increase its wealth of knowledge. Abigail and her assistant are only two of these recruits, amongst many others such as Simon Templeton, Aristarchus, Varmen, Asgarnia Smith, and Anna Jones.

Abigail is of the opinion that some of these new recruits are undertrained or working for personal gain. She believes that, since the Museum spent much of its funding on its own expansion, other funding has become stretched. Despite this, Abigail seems quite experienced in the field.

Abigail and her assistant are searching for remains of Ullek, a city that was once the pinnacle of the Kharidian Desert. Since it destruction during the God Wars, however, many of its relics have been lost or stolen.

Although Abigail has already learned much of the area, she also requests that players complete a book on Scabaras research. This can be done by obtaining Scabarite notes from chests, NPCs, and enemies in the area. When the notes are complete, she will give the player 10,000 coins and allow them to keep their copy of the notes. She features most prominently in the Dealing with Scabaras quest.

Retrieved from "https://runescape.fandom.com/wiki/Lead_archaeologist_Abigail?oldid=24563271"
Community content is available under CC-BY-SA unless otherwise noted.