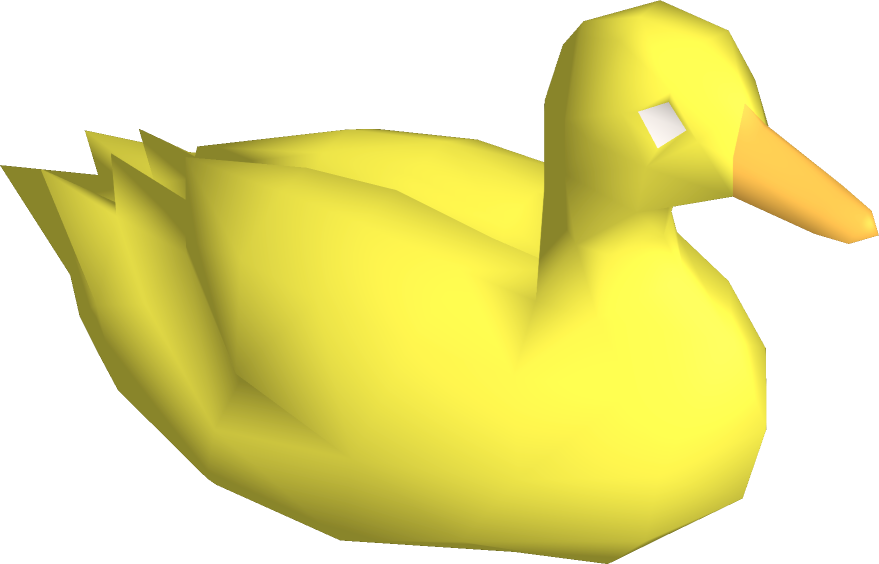 A little toy duck is a stackable item that can be found by digging in ten certain spots in the Lumbridge Crater during the Summer Beach Party. Finding all ten ducks will give players the title [Name] the Quackers, and finding all ten along while owning Mega ducklings or having Mod Dolan's rubber duck will award the title, [Name] the Totally Quackers.

Retrieved from "https://runescape.fandom.com/wiki/Little_toy_duck?oldid=13991946"
Community content is available under CC-BY-SA unless otherwise noted.