View source
watch 02:58
No Man's Sky Update - The Loop
Do you like this video?
Play Sound
RSCOS
For the music track, see Iban (music track).
Not to be confused with Ivan.

The great and dreadful Lord Iban. 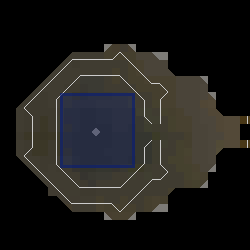 Lord Iban (pronounced /ɪbɑ:n/ Ih-BAHN) was a former Kinshra knight and self-proclaimed son of Zamorak. He was killed in battle, but resurrected by a witch named Kardia, from which point onward he ruled over the Underground Pass until finally slain once again.

Not much is known about Iban's early life, apart from being a well-educated noble and enjoying the finer things in life. He, at some point, joined the Kinshra, a Zamorakian knight order operating in Asgarnia, and was trained under Daquarius Rennard, the Lord of the Kinshra at the time, himself. A very skilled swordsman, he was one of their most valuable knights, being said to have personally slain hundreds of White Knights.

Iban was very ambitious, having great plans. A book called The Tale of Iban describes him as follows:

This hunger for more went far past the realm of mere mortals, into the shadowy places of darkness and evil. Iban's ambition was almost godlike in its insatiability, but therein lay the essence of his darkness: as its most base Iban's fundamental desire was to control the hearts and minds of his fellow men, to take them beyond the pale of mere allegiance, and corrupt them into a force of evil. A whole legion of these Soul-less beings, their minds demented from the sheer power of darkness that channeled[sic] through them... Zombies, void of emotions, without feelings or cares, servants to their wicked master even unto death...

His ambition, however, did not come to serve him in his last battle. At some point, the White Knights launched an attack, intending to capture Iban alive, realising the size of him as a threat. Led by Sir Amik Varze, they demanded that he turn himself in. Iban refused to yield and the over-confident Sir Amik proceeded to order a charge, beginning a battle that would become known as the Dawn Ascent. In spite of their valour, Iban managed to slay numerous opponents that day. It is likely he would have vanquished the entire army, if not for one knight by the name of Sir Owen Sonde. Sir Owen could not stand seeing his brethren fall in battle and thus, ignoring his commanding officer and the White Knights' code of chivalry, he absconded from the battlefield and sought a vantage point on top of a hill. There, Sir Owen took out his bow, aimed for Iban and fired an arrow, which pierced the dark knight's skull, killing him on impact.[1]

Ruler of the Underground Pass

Soon afterwards, an evil and dark-hearted witch by the name of Kardia found his lifeless corpse and decided to resurrect him, so that he could fulfil his wish of leading an army of undead. To do this, she proceeded with a ritual that would render her able to revive the fallen knight. First, she took some of Iban's flesh from his body and smeared it out on a doll bearing his likeness. She needed Iban's blood next, but it had long seeped away from his body, so Kardia travelled to the Underground Pass - a huge and dangerous system of caverns going underneath the Galarpos Mountains and connecting the forest of Isafdar to West Ardougne. There, she found a colony of gigantic yellow spiders led by Kalrag, known to devour humans. She killed one such spider and used its blood for Iban's doll.

For the essence of life itself, Kardia performed the ancient dark ritual of Incantia, which nearly killed her. She recovered, however, and found three demons, Holthion, Doomion and Othainian, focusing their energy on the doll and she realised she had bound them to him forever as the guardians of Iban's shadow. For the final part, she needed to provide Iban with a conscience to prevent him from becoming a mindless zombie. In her own words: Locked inside an old wooden cage sat a beautiful white dove. A symbol of peace, freedom, and hope, but also the oblivious to the darkness of the world, like a newborn child. Taking the dove with me, I cradled the thing in my arms, stroking its soft downy feathers. I looked into the eyes of the bird, and gently placing a kiss upon its fragile head, I then strangled the bird, taking its life between my callous fingers. Truly this bird would be the conscience of Iban: innocence corrupted by evil... Thus, Iban was resurrected in the year 168 and took up residence in his own temple in the Underground Pass, the ritual being the only thing that could banish him.

Iban proclaimed himself to be the son of Zamorak and turned the pass into a realm of terror. He soon gained fame as a "crazy lunatic", according to King Lathas, who had made the pass impossible to cross: the Well of Voyage, which would normally teleport one to Isafdar, had been corrupted by him, having become the Well of the Damned, a direct gateway to the realm where Zamorak had been banished to after the Gielinorian God Wars. According to Gwir the elven scribe, Iban is known to even the elves, who dare not enter the Underground Pass, following the losses they have suffered there in times of old.

At some point, he gained some followers, who worship Iban as his disciples in a cult-like manner. Iban slowly took over the mind of anyone to enter the pass, whispering to them with eerie voices. These voices would come to corrupt all who were brave, or foolish, enough to enter Iban's domain, a most notable example being the famous adventurer Randas. Iban would lock his victims into cages until their minds would completely succumb to his rule. Then, they would join his army of soulless, with no trace of any humanity. Additionally, there are many 'blessed' spiders, such as the one Kardia had killed, in the pass that are described as Iban's pets.

A year after Iban's reign of horror began, the king of East Ardougne, Lathas Ardignas, who was collaborating with the malevolent Iorwerth Clan of elves and their Prifddinas Death Guard to return a Dark Lord to the world in return for Lord Iorwerth's aid in the downfall of Lathas' arch nemesis King Arthur of Camelot, recruited an adventurer to travel through the Underground Pass. This adventurer, oblivious to King Lathas' dark plans, was to accompany the guide Koftik, cleanse the pass by defeating Iban and thus pave the way to Tirannwn, where Lathas' brother King Tyras had been ever since the corruption of the pass prevented his return from a previous campaign.

The adventurer and Koftik entered the pass and were immediately overwhelmed by Iban's dark voices. Nevertheless, they progressed further and, after hours of travelling, reached the Temple of Iban, which was separated from the cave walls by narrow ledges over a deep chasm. While Koftik had stayed behind, the adventurer entered the hut of Kardia and stole her diary, wherein they found out how to defeat Iban, as well as the doll. As such, they defeated Kalrag the giant spider for Iban's blood, searched the cages of Iban's prisoners for the dove's corpse, cremated the body inside Iban's coffin and retrieved the ashes and, finally, obtained Iban's shadow from the demon guardians.

They enchanted the doll with it and confronted Iban himself, who, having seemingly given up the way of the warrior, fired various magical spells at them. Nevertheless, they managed to cast the doll of Iban into the Well of the Damned, causing his soul to be destroyed utterly, thus ending his life permanently and causing the temple to collapse.

Later, King Lathas had his mages restore the well back to what it was and the haunting voices disappeared from the pass. Still, the army of soulless walk around aimlessly and Iban's cult continue to patrol near his temple.