View source
watch 02:53
GTA: The Criminal Enterprises - The Loop
Do you like this video?
Play Sound
OS
This article is about the mage that resides in the wilderness. For the mage in Ourania, see Zamorak mage. 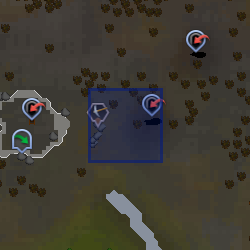 The Mage of Zamorak is a member of the Zamorak Magical Institute, and stands around the Southern Wilderness mining site and at the Altar of Zamorak in Varrock. He sells runes and teleports players into the Abyss (resulting in a drain of all Prayer points) once the Abyss miniquest is completed. He used to sell soul runes and astral runes, but now only sells air, water, earth, fire, mind, body, chaos, death and blood runes. Before completion of the Abyss miniquest, body runes are available to the player to buy, however, once completed they are removed and replaced with blood runes along with an increase of stock.

Many runecrafters use the Mage of Zamorak as a shortcut to their preferred altar, although this can be risky as many carry one or more valuable items that could be lost to player killers.

He will only talk to players if they speak to him in Varrock. He will refuse to speak with characters wearing any item representing a god other than Zamorak, although he will still teleport players wearing items of another god.

Players may claim a small pouch from him if they lose one.

He sells the Demonic skull which increases rune crafting experience in the Abyss from 2.5 times to 3.5 times the normal amount, for 550,000 coins.

He will not teleport players to the Abyss if they have had teleport block cast on them.