OS
This article is about the banker of Jatizso. For the miner of Etceteria, see Miner Magnus.

He can look after your money. 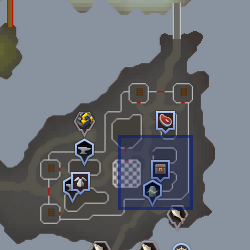 Magnus Gram is the banker on the island of Jatizso. He is accessible after starting The Fremennik Isles quest. As with all bankers you can withdraw items from him and collect items that you have purchased from the Grand Exchange.

During The Fremennik Isles, if you try to collect taxes from him, a funny dialogue follows, during which he considers having the bank customers pay for each time they use the bank's services, so that he can pay the taxes to the player. As that would be a lot of money for the player to pay, they decide not to collect any taxes from him, to which Magnus answers by deciding not to charge for the bank's services. After this, the player comments to themselves that "bankers are good at saving money".