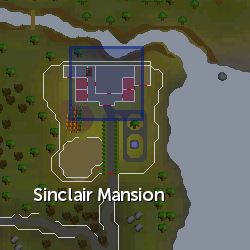 Mary is the maid of Lord Sinclair and his family at Sinclair Mansion. She discovered the master's body when she brought him his dinner.[1] During the investigation, she suspected Frank as she'd heard him arguing with his father.[2] She dislikes the Sinclair Guard dog.[3]

When Anna was arrested and tried for the murder, Mary was called as a witness. She stated that she saw one of the male Sinclairs leave the crime scene and couldn't provide any evidence that proved Anna did the crime.

Retrieved from "https://runescape.fandom.com/wiki/Mary?oldid=24924381"
Community content is available under CC-BY-SA unless otherwise noted.