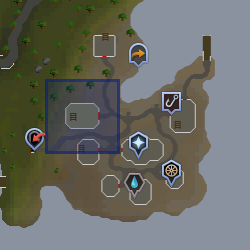 There's something fishy about him.

During The Slug Menace, players find out he is possessed by a sea slug and in league with Mother Mallum. He helped release Mother Mallum by trying to open up a Saradomin shrine, suspiciously purchasing things that would go unneeded by the town. If players try to go through the imposing doors during the battle with the Slug Prince, he will push you back. He disappears after the quest, along with Brother Maledict and Col. O'Niall.

During Salt in the Wound, he is found with Mother Mallum in the Slug Citadel. After a last minute futile attempt from him to block Eva from freeing the player and killing Mallum, she knocks him out. He is liberated from slug control after Mother Mallum is killed, and humorously blames his loss of memory on consuming too much Karamjan rum.

Retrieved from "https://runescape.fandom.com/wiki/Mayor_Hobb?oldid=21344356"
Community content is available under CC-BY-SA unless otherwise noted.