One of the 4 ancient elven sentinels. 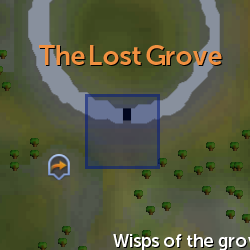 Merethiel is an elf who is involved in the Solak boss fight. She joins players inside of the boss room as both a supportive combatant and a key figure in certain phases of the fight. She is the sister of Erethdor, whom she, her other siblings and Solak fought against when he attempted to take the Lost Grove's power for himself.[1][2] The incident took a toll on Merethiel; she fell into a deep depression, tormented by the guilt of her brothers actions. As time passed she attempted to reunite with her siblings, but having spent so long in the grove she was unable to do so and returned. She began to feel tempted by the magic that had driven her brothers mad quest for power, but eventually came to terms that he was gone.[3][4] By the Fifth year of the Sixth Age, Erethdor had gained complete control over Solak, prompting Merethiel to begin recruiting powerful adventurers in order to free him and destroy her brother once and for all. 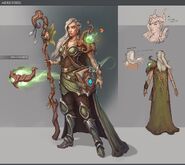 Concept art of Merethiel
Click an image to enlarge

Retrieved from "https://runescape.fandom.com/wiki/Merethiel?oldid=23249795"
Community content is available under CC-BY-SA unless otherwise noted.