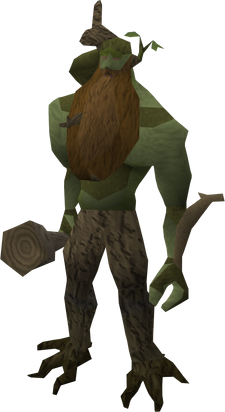 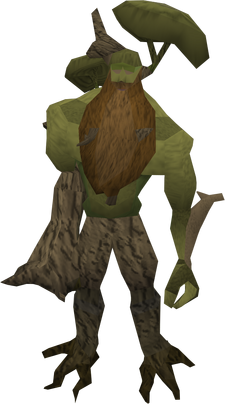 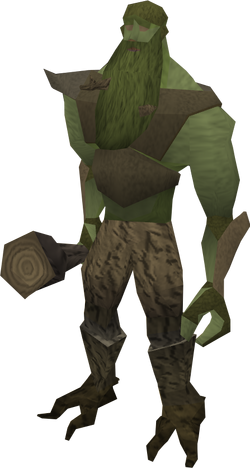 [FAQ] • [doc]
Moss giants are fairly large creatures that live in Gielinor. They attack with Ranged and are thus weak against melee attacks. Moss giants are popular for training, especially on Free-to-play worlds, because they are one of the few creatures that drop Big bones. In addition, they are one of the few free-to-play monsters that are weak to slash attacks, making weapons such as the rune scimitar, longsword, battleaxe, claw or 2h sword the preferred choice. Moss giants are aggressive to players with a combat level of 102 or lower.

They are sometimes given out by Vannaka as Slayer assignments. Food is highly recommended for lower levelled players.

Retrieved from "https://runescape.fandom.com/wiki/Moss_giant?oldid=24308626"
Community content is available under CC-BY-SA unless otherwise noted.