This chapter of the quest takes our hero deep under the mountains of Arandar to put a stop to the evil plans of the mourners.

If our hero is to succeed, they must solve one of the most complicated puzzles in all of Gielinor.

Raiders of the Lost TempleEdit 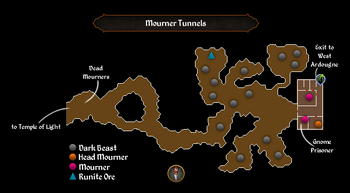 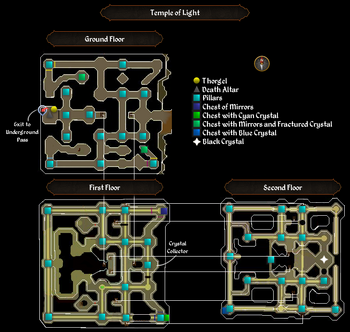 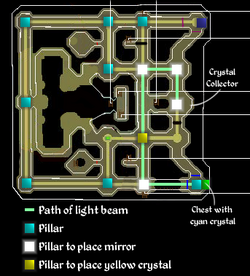 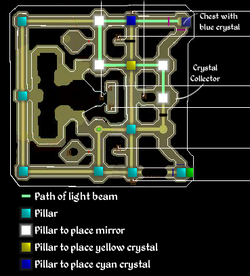 The power of deathEdit

You can give these items in more than one load (only a pack yak or a friend would allow you to bring the items in one go (If you can use a pack yak, you won't be able to bring it through the underground pass route)). Before you teleport out, make sure you turn the mirror towards the cyan door. Otherwise, you'll lock yourself out and you'll have to go through the Underground Pass and enter the tunnel near the dwarf camp, or redo the final puzzle. You will not be able to use a teleport tablet to the death altar or the wicked hood to teleport until the quest is complete. 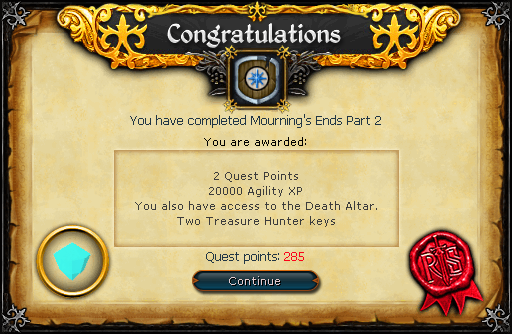 Retrieved from "https://runescape.fandom.com/wiki/Mourning%27s_End_Part_II?oldid=24920961"
Community content is available under CC-BY-SA unless otherwise noted.