View source
watch 01:54
Arcane: League of Legends - The Loop
Do you like this video?
Play Sound
RoundedPointed
? (edit) 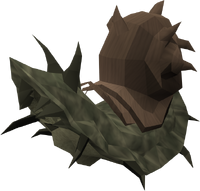 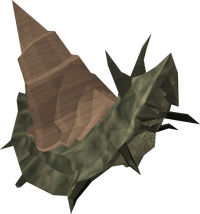 The myre blamish snail is a very common snail which lives in the Mort Myre Swamp.

Their attacks deal Ranged damage despite having a similar animation to Curse. Also, it can only be used in melee range and they have a weakness against Fire spells. They appear to have a max hit of 1 despite what is stated by Monster Examine.

This type of snail drops two items upon its death; a Blamish myre shell and a Thin snail (used at level 13 Summoning). Their respawn time is around 30–40 seconds. A chisel can be used on the dropped Blamish myre shell (with level 15 Crafting) to make a myre snelm.